which is which? if you hold the 7805 with the text facing you and the pins downward, the pins from left to right are: input, ground, output. it looks like this: 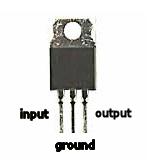 for the female usb connector, look down into the end of the connector so that it is oriented like so:

several people were wondering how to tell if you are going to fry your device. here’s the easiest way to test when you are all done wiring:

1. cut a standard usb cable in half.
2. plug the male end into your usb battery.
3. connect the positive and negative ends of your multimeter to the red and black usb wires respectively.
4. if it reads something very close to 5v then you are wired correctly. 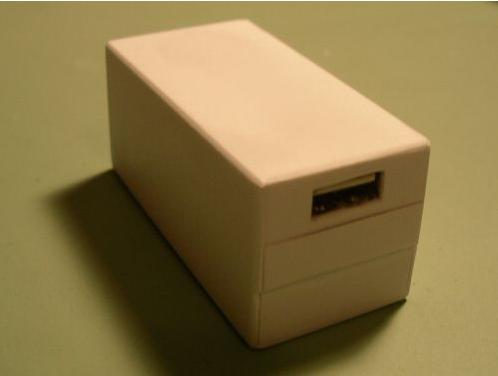 i chose to make my case out of polystyrene plastic. you can find this stuff in sheet form at most hobby stores. it’s the same kind of plastic used in your standard plastic model kit and the sheet form lends itself nicely to making flat sided objects... like a small case for a usb battery!

basically, you can just cut the sheet to the size you want with an x-acto knife. then, just glue them together carefully with standard issue model cement. the cement is a polystyrene solvent and it melts the connected peices of plastic together. when you are finished with the basic assembly, use a sheet of 400 grit sandpaper to smooth the sides down and bevel the edges.

room with a view 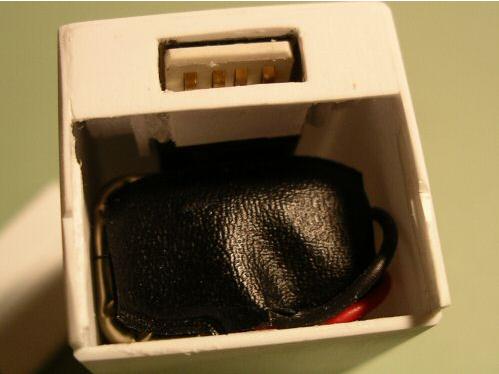 here you can see the case during construction. i want it to be small, so i sized it just large enough to accommodate the battery and usb connector.

regarding the usb connector. metal can be notoriosly hard to secure to plastic. model cement works best for styrene on styrene, but 2 part epoxy or super glue seem to do the best job for syrene on metal. try to affix the largest possible surface area. i glued small pieces of styrene to each of the 4 faces of the usb connector. you can then cement on more styrene to build up a larger surface area which can then be securely affixed to the front of the case. 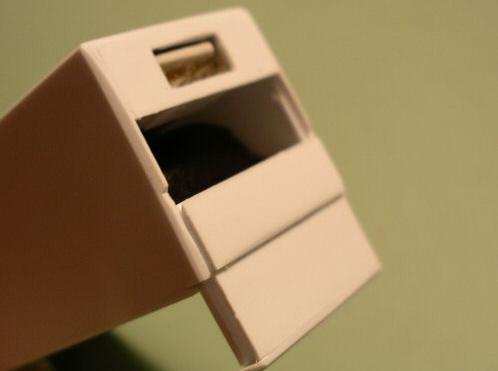 to close off the battery compartment, i made a pretty simple sliding door. it’s just two pieces of styrene with a third smaller piece sandwiched in between. this slides on rails which were made by cementing thin strips of styrene to the case.

where to go from here 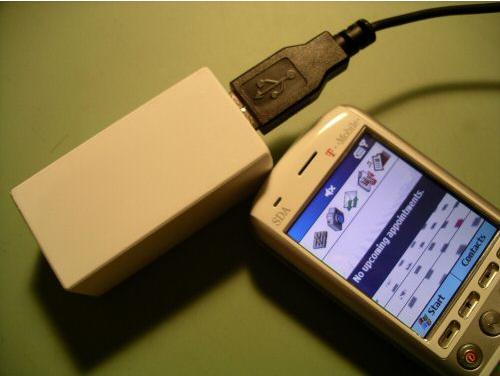