Play centers on the development of a character who becomes the ultimate hero of
the story. In the original NWN scenario supplied with the game engine, the player is
single-handedly responsible for defeating a powerful cult; collecting the four reagents
required for stopping an insatiable plague; thwarting an attack on the city of
Neverwinter, and many other side quests.

The First Encounter was the first game in the series.
The game introduction reveals what happened before the game actually takes place:
in ancient times, Earth was involved in a conflict between Mental and the Sirians, an
alien race that left many of its artifacts to be found by humanity. In the 22nd century
Mental's forces return to Earth hell-bent on eradicating humankind: as a last resort
the usage of the "Time Lock" is decided: this Sirian device can send back a single
individual through time. Because of his bravery in fighting the monsters, Sam
"Serious" Stone (who is chosen to use the "Time Lock" can hopefully defeat Mental
and alter the course of history.

The Second Encounter starts where the previous episode left off,
with Sam travelling
to Sirius on the starship. Unfortunately Sam's vehicle is accidentally hit by the
"Croteam crate-bus" and plummets down to Earth's surface. Serious Sam crash lands
in Central America in the Mayan age. However not all is lost, since the Sirians left a
back-up ship on Earth. Since this vehicle is located in a different age from that of
Sam, the hero has to uncover the locations of a number of Sirian time-gates that will
help him reach his destination. With this objective, Sam storms through Ancient
Mesoamerica, then travels to Ancient Mesopotamia and finally to Medieval Europe
where the starship is located. Unreal Tournament 2004, also known as UT2K4 and UT2004, is a futuristic first-
person shooter computer game developed by Epic Games and Digital Extremes. It is
part of the Unreal series of games and is the sequel to 2002's Unreal Tournament 2003 and the original Unreal Tournament.
Among significant changes to gameplay mechanics and visual presentation, one of
the major additions introduced by Unreal Tournament 2004 is the inclusion of vehicles
and the Onslaught game type, allowing for large-scale battles

One of the major concepts of Postal 2 is that it is meant to be a "living world", a
simulation of a tongue-in-cheek off-kilter town. Game characters live out their lives
completely separate from the actions of Dude; walking around town, buying and
selling merchandise, and even engaging in random shootouts with each other and the
police.

Because of the change in engine, the claustrophobic levels of the previous two games
in the series were replaced by more open landscapes.
Objectives were made more diverse than the previous games. Instead of a single
objective of destroying a reactor, there are other kinds of objectives that range from
escorting a cargo ship to defending five reactors simultaneously. Objectives are now
also categorized into two categories: primary objectives and secondary objectives. 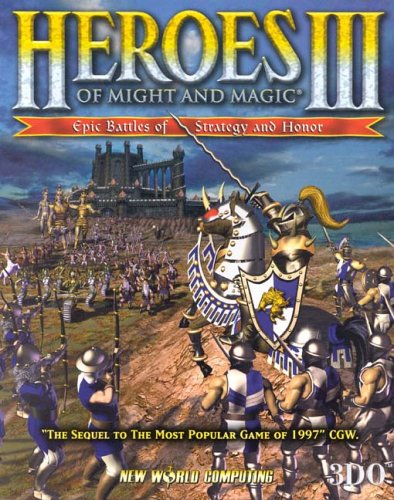 Gameplay consists of strategic exploration on the world map and tactical turn-based
combat. As with the series in general, the player controls a number of "heroes" who
act as generals and command troops comprising various types of creatures inspired
by myth and legend. The player can complete or "win" a map by completing the
objectives set out by the creator of the map. Objectives may include conquering all
the towns in the map, gathering a set amount of resources, or piecing together a
puzzle to find the Grail artifact. If a player loses all their heroes and towns, they will
lose the game.

Warsow is a multiplayer first-person shooter computer game first publicly released on
June 8, 2005. The game is in active development.
Warsow is loosely based on the E-novel Chasseur de bots by Fabrice Demurger.
The novel is the basis of the game's cyberpunk visual style, which is achieved by
combining cel-shaded cartoon-like graphics with dark, flashy and dirty textures

QUAKE 4 brings the forth installment of the legendary QUAKE series to the DOOM 3 engine!

In a desperate war for Earth's survival against an unrelenting alien enemy, the only
way to defeat them is to become one of them. Armed with advanced weaponry and
vehicles and aided by an elite squad of marines, you take the battle to the heart of
the Strogg home planet and become Earth's only hope for victory.

- Or just open the game and disconnect your internet connection when asked for a serial.

5. Open the game. When asked for a cd key, enter the following: 9TFP TXCG XFMM XXR9 9DGT
Since you're either not connected to the internet, or the idsoftware server is pointed
to your own pc, the key will not get checked online. Meaning the serial will work, but
you can't play online, and you'll have to enter it every time you open the game.

Audio ( not required for dedicated server ):
- sound card with OSS or Alsa support, stereo and surround sound are supported wth both APIss
Alsa >= 1.0.6 is required for alsa sound backend

Doom 3 is a science fiction horror first-person shooter computer game developed by
id Software and published by Activision on August 3, 2004. Doom 3, despite its name,
is not a direct continuation of the original Doom series storyline, but rather a
reimagining of the first game in the series, with the addition of a completely new
game engine and graphics.

Set in the year 2145 in a fictional Union Aerospace Corporation (UAC) research
center on Mars, Doom 3 has the player take control of an anonymous space marine
as he fights to survive a mysterious invasion of inter-dimensional demons. In the
process, the marine learns more about the nature of the shadowy research being
conducted within the massive base and its main instigator, Dr. Malcolm Betruger.

Similar to the story of the original Doom, the game focuses on an anonymous marine
who is transferred to an extraterrestrial base on a routine mission. Following the
unexpected arrival of demons through experimental teleportation gates, the marine is
forced to fight his way through a variety of demonic monsters to reach safety. Also in
both cases the protagonist visits Hell, though in the original Doom, it is the third
episode Inferno (Ultimate Doom adds a fourth, Thy Flesh Consumed, which also takes
place in Hell), whereas in Doom 3 it is only one level.

Though Doom 3 retains the rather basic premise of the first game, it also makes a
number of changes, most notably a much more detailed plot which adds an alien
aspect into the story. Other differences include the game taking place on the planet
Mars itself, rather than its moons Phobos and Deimos, and the environment of Doom
3 being much more realistic (where the original Doom gives the two moonlets Earthlike
gravity and breathable atmospheres, Doom 3 takes place in the weaker gravity of
Mars, with its atmosphere depicted accurately as unbreathable).

1. Unpack doom3.tar to the location where you would like to install Doom 3.
2. Open the 'doomkey' file in the 'base' directory in your install path.
3. Replace everything with the following:

B7BABBSB77AATT2311
// Do not give this file to ANYONE.
// id Software and Activision will NOT ask you to send this file to them.